The Wife Who Got A Life - Tracy Bloom 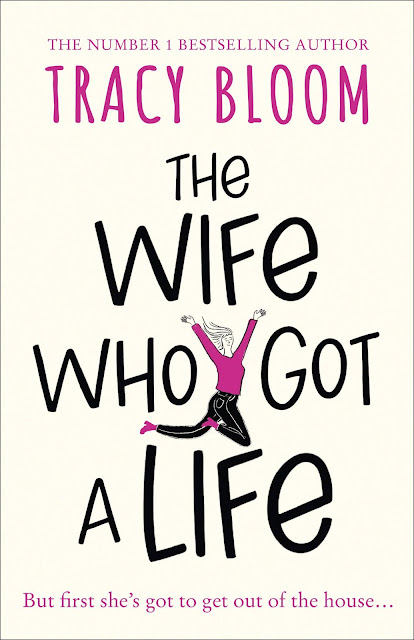 THE WIFE WHO GOT A LIFE perfectly captures the joyous chaos of family life and is the story of Cathy Collins, who’s come up with a list to help her nail the business of getting older.

After initially feeling annoyed by her sister’s gift of a ‘Motivational Journal’, she develops a list of monthly goals she believes will set her up for tackling the coming of middle age.

APRIL- Get a Life Outside the Family, preferably with ‘Young’ People

MAY - Secure My Son’s Future – i.e. Put a Rocket Up His Arse

AUGUST - Agree Who Will Clean Mum and Dad’s Toilet

SEPTEMBER - Make the Necessary Announcements about the Menopause

OCTOBER - Have the Really, Really Important Chat with My Husband

But Cathy isn’t the only one in her family with a midlife bombshell to drop and when her husband throws his grenade into the mix, bossing the list doesn’t look quite so easy… and as everyone knows, a year can seem like a VERY long time…
Buy Links:

About the author…
Tracy started writing when her cruel, heartless husband ripped her away from her dream job shopping for rollercoasters for the UK's leading theme parks, to live in America with a brand-new baby and no mates. In a cunning plan to avoid domestic duties and people who didn't understand her Derbyshire accent, she wrote her romantic comedy, NO ONE EVER HAS SEX ON A TUESDAY, which has sold three quarters of a million copies to date.
Contact Links:
Twitter: @TracyBBloom
My thoughts…

The Wife Who Got a Life is the perfect book to pick up right now.  We’re all living a different life than the ones we usually live and for some this new life will be better and for others it’ll be a lot worse.
The story centres around Cathy, she’s a, mum, a wife, the middle sister.  She’s in her mid forties trying to juggle everyone else’s life - that of her husband, children, mother and feeling more than a little put upon.   Things come to a head when her elder gives her a motivational diary for Christmas - it gets Cathy thinking is she happy with her lot - probably not, she actually feels a bit inadequate, invisible and more than a bit put upon when she thinks about it. She thinks everyone else is acing at life and she’s not.  Her family run rings round her whilst I have to say, she lets them.
Cathy is so not the type to write a motivational list and rather than incur the wrath of her sister who incidentally is living a life of perfection in LA she secretly, tongue in cheek writes a year long list of things she’s going to stop doing - like who besides her is going to start to clean her parents toilet. And just when she decides to talk to Mike her husband about everything she’s hit by the news that he’s wanting to change his life and career and isn’t that good news that she’s wanting to change hers too, she can step up whilst he steps back even more - another such example of being taken for granted, her thoughts not considered and she’s just about had enough.
Tracy Bloom takes us the reader on a journey of ups and downs as we travel along with Cathy whilst she navigates the next twelve months through a series of diary like entries and Whattsapp messages as she gradually takes back control of her life -  family dynamics thoughts and feelings come to the for and like is often the case, the face that is portrayed to the world is not always authentic more like a mask for what’s being hid beneath - each and everyone one of them are focused on what they need to do for themselves and not noticing the impact on others.  I loved watching Cathy get a back bone and speak up, standing up for herself and sharing her opinion, even if it was unwelcome most of the time.  She managed to rial pretty much everyone with her blunt but direct words that actually made me smile and giggle.
This is a read that isn’t all laughs and giggles but as you’d expect takes you on a journey to a feel good ending.  I particularly loved the Whattsapp messages they were hilarious even when they weren’t supposed to be, how messages can be interpreted differently depending on your state of mind when you read them, slights and unintended insults abound - they were intrusive at times and then supporting at others, but nothing beats face to face talking.  Cathy had found herself a platform to stick up for herself and be straight with her family and by doing this they in turn became receptive and looked to themselves a little closer.   The book depicts certain aspects of hectic family life and highlights that people treat us as we allow them to treat us and only we as individuals can change that at the end of the day.  Sometimes it’s ok to state the truth and say no and for Cathy this was a good thing, the world didn’t fall apart, she levelled her life and gained respect for it.
All in all a lovely light hearted read that left me smiling.
Follow the tour: 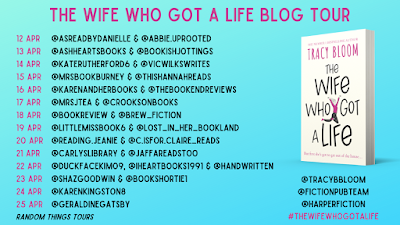