The Missing Ones - Patricia Gibney 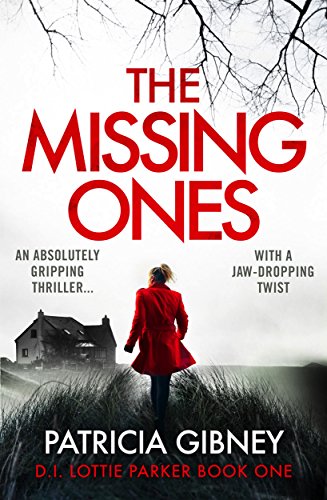 About the book…
The hole they dug was not deep. A white flour bag encased the little body. Three small faces watched from the window, eyes black with terror.
The child in the middle spoke without turning his head. ‘I wonder which one of us will be next?’
When a woman’s body is discovered in a cathedral and hours later a young man is found hanging from a tree outside his home, Detective Lottie Parker is called in to lead the investigation. Both bodies have the same distinctive tattoo clumsily inscribed on their legs. It’s clear the pair are connected, but how?
The trail leads Lottie to St Angela’s, a former children’s home, with a dark connection to her own family history. Suddenly the case just got personal.
As Lottie begins to link the current victims to unsolved murders decades old, two teenage boys go missing. She must close in on the killer before they strike again, but in doing so is she putting her own children in terrifying danger?
Lottie is about to come face to face with a twisted soul who has a very warped idea of justice.
Fans of Rachel Abbott, Karin Slaughter and Robert Dugoni will be gripped by this page-turning serial killer thriller, guaranteed to keep you reading late into the night.
Buy Links:
UK 🇬🇧http://amzn.to/2i8lVTY
US 🇺🇸http://amzn.to/2imcDD0
About the author…
Patricia yearned to be a writer after reading Enid Blyton and Carolyn Keene and even wanted to be Nancy Drew when grew up. She has now grown up (she thinks) but the closest she’s come to Nancy Drew is writing crime!
In 2009, after her husband died, she retired from my job and started writing seriously. Fascinated by people and their quirky characteristics, she always carries a notebook to scribble down observations.
Patricia also loves to paint in watercolour and live in the Irish midlands with her children.
Contact Links:
Website: www.patriciagibney.com
Twitter: https://twitter.com/trisha460
My thoughts…

Wow, where to begin with this one?  This is a crime thriller that will grab you by the throat - literally!  A story that will grip you from the start, it has a dizzying amount of characters and unexplained events that conspire to confuse and throw you off the scent. Who would be a police detective?  The story is told from the voice of many characters and it is the job of Detective Lottie Parker, side kick Boyd and her team to unravel the motives for so many seemingly random murders.

Almost each and every character within The Missing Ones has a back story and not all of them visible or obvious - add to that a detective with her own issues and problems and you can imagine how cloudy the waters are!

The story is told over a nine day period set in the present but periodically flicks back to a narrative from the 1970s and a children's institution it is a heart pumping, dark and twisted tale that at times is so awful t's difficult to read, yet you're compelled to keep turning the pages.  Events unfurl at a lightning pace - so many events and incidents seem to occur to many people all at the same time leaving no time to second guess the next move or connection.

One thing I am sure about though is, events that happen in our childhood shape the adults we become — not always for the best and not all of us get the solid foundations we should -each turn of the page in The Missing Ones sees a number crumbling that you wouldn't expect. A brilliant debut and a fantastic start to a new detective series.

I highly recommend this book, it is compulsive reading above and beyond and once you've read the prologue you'll be speechless, turning the pages in search of answers.
Posted by Crooks on Books at 07:00 No comments:

A Song for Tomorrow - Alice Peterson 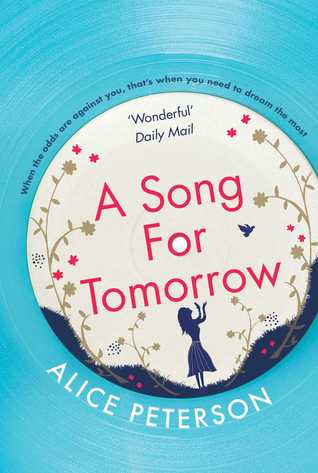 About the book…
Tom fell in love with Alice the moment he saw her. He realises that being with her will not be easy, but she is a force of nature, a burst of sunlight in his otherwise ordinary world.

Some people might look at Alice and think she has everything, but Alice knows she is not like other women. Her life is complicated, unpredictable, difficult. Alice does not like pity. All she wants to do, has ever wanted to do, is sing.

Alice has been told not to follow her dreams. But when fate has already dealt a tough hand, it’s time to stop listening to everyone else and only follow their hearts.

What readers are saying about A Song for Tomorrow

‘A tremendously inspiring story’ Handwritten Girl
‘A Song for Tomorrow is about a woman who strives to follow her dreams’ Chicklit club
‘A Song for Tomorrow is the best example of how genius a writer Alice Peterson is – I can’t stop admiring how wonderfully and effortlessly she brings all the emotions to life … beautiful, captivating… I can’t recommend it highly enough’ On my Bookshelf
‘The most beautiful, moving, inspirational book I have ever read. Its story will stay with me for life, and will inspire me every single day’ Jill loves to read
5 Stars ‘A moving story of guts and determination!’ Breakaway reviewers
‘A beautiful story… full of hope, strength, love and determination’ Sincerely Book Angels 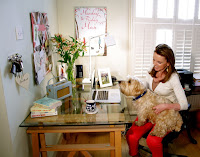 At the age of eighteen Alice had been awarded a tennis scholarship to America when she experienced pain in her right hand. It was rheumatoid arthritis (RA) and she hasn’t picked up a tennis racket since, a sadness that shall always be with her. The theme of disability features in her fiction, but there is nothing gloomy about Alice or her work. Rather this gives her fiction the added dimension of true poignancy.

My thoughts…
Wow, how privileged do I feel to have met Alice Peterson at the Books and the City Spring Blogger event, not only that, she read from and signed a copy of her latest book A Song for Tomorrow. I had already pre-ordered a kindle copy of this book which hit my kindle on publication day and I saved it for my holiday last week.  I was warned I'd need tissues, something that SJ at Books and the City had provided in the goody bag and they weren't wrong.

A Song for Tomorrow has to be one of the most breath takingly beautiful books I have ever read.  It is based on the true story of Alice Martineau, an incredibly strong, determined woman whose grit and determination propels her towards her goal of becoming a singer and securing a recording contract.

Alice has the odds stacked against her, she has Cystic Fibrosis a condition that affects her lungs and breathing, the very things that are needed to sing. Growing up being told she'd never make it in music and being bullied and taunted at school are the very things that give her the backbone to try.

Alice Peterson has written a deeply moving book that is inspirational and moving beyond belief - written in such a way that leaves the reader in no doubt as to the extent of the physical and mental challenges faced by Alice and her family, yet at no point did I feel pity for any of them.   I felt the style Alice Peterson wrote A Song For Tomorrow was such that the reader gets to walk a mile in Alice's shoes gaining a small understanding of what her life entailed. It wasn't all sad, Alice had a fantastic humour and joy for life that shines throughout the story.  The love and support she both receives and gives with her friends and family  makes what could be a very sad book up-lifting.  Her character exudes a strength and determination that totally amazed me - her cup wasn't just half full it was brimming, when really she could have been forgiven if it was half empty.

I loved her relationship with Tom, it wasn't all hearts and flowers and the reactions of his parents and best friend when faced with the reality of Alice's condition, although not pleasant for Alice; was probably very realistic - it is human nature after all to protect our loved ones from potential hurt and they were no different.

This is a book I'll be shouting about for a long time to come - it is humbling, breathe takingly beautiful and a book that I know I shall read again and again.  Thank you SJ & Books and the City for introducing me to this amazing author Alice Peterson - a shining star in the Simon and Schuster family that is every bit as strong, determined and gorgeous as Alice Martineau.

Posted by Crooks on Books at 21:47 No comments: