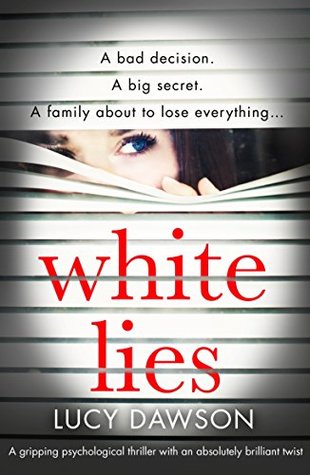 About the book…
Alexandra Inglis is a respected family doctor, trusted by her patients to keep their most intimate secrets. And if sometimes the boundaries between duty and desire blur… well, she’s only human.

But when Alex oversteps a line with Jonathan, one of her patients, she knows she's gone too far. Jonathan is obsessive, and to get what he wants he will tear Alex's world apart - threatening not only her career but her marriage and family too.

Soon Alex finds she's capable of doing almost anything to keep hold of her perfect life, as it begins to spin dangerously out of her control…

A darkly gripping domestic drama of secrets and lies, from the bestselling author of The Daughter. Perfect for fans of Big Little Lies, Louise Jensen and The Couple Next Door.

I’ve been writing psychological suspense novels since 2008, when my first bestseller – His Other Lover – was published. I write full time (mostly on the playroom sofa) from my home in Devon, where I live with my husband and children. Before that, I used to interview the likes of Steps and SClub7 for a living, making absolutely no use whatsoever of my psychology degree from Warwick University, but it was a lot of fun.

I'm addicted to writing about the extraordinary things that can happen to ordinary people - I like stories that jump in at the deep end, with a gasp. When readers take the time out to let me know they've stayed up all night because they couldn't put the book down, it makes my day.

My thoughts…
I was given an ecopy of this book by Kim at Bookouture in exchange for an honest review.  This is something I am more than happy to do.

Where to begin other than to say I didn't think anything could top Lucy Dawsons last novel The Daughter but I was wrong White Lies is outstanding.  Lucy has written a book that will chill you to the bone, a story that is shockingly believable yet unbelievable at the same time.  As I turned the pages my mind raced to unscramble the clues, believing I had it all wrapped up until the next chapter and everything I thought I knew was discounted.

White Lies is centred around Alex a doctor in her local GP's surgery and Jonathan a young seventeen year old that she has a chance encounter with whilst on a girls holiday in Ibiza only to come face to face with him in unexpected circumstances when she gets home.  Thats where the nightmare begins - or does it?

White Lies has many voices.  Each chapter is recounted by a different person, mainly told by Alex and Jonathan but Rob, Alex's husband and David her partner in the GP practice along with Cherry, Jonathans girlfriend each bring their voice and perspective to the story too.

I could feel the tension rising and literally taste the fear as the story spiralled round and round - there were so many differences of opinion and angles to the same story that it was impossible to have a clear certainty of what I believed. The incredible ability Lucy Dawson has to create characters that are not just mildly plausible but totally believable is something I admire greatly.  I lost myself totally immersed as if I was reading a true account written in the local media.

It's frightening to be faced with the reality that decisions made or not made, little white lies told for the right or wrong reason can affect not just the circumstances or people present but ripple out way beyond an imaginable point and have such an incredible impact - literally chasing the course of peoples lives.  Our reputation is something we take years to build and yet it can be shattered in seconds by words or actions that in themselves are nothing!

Thank you so much AGAIN Bookouture, for another incredible read, this book was truly outstanding another one I'll be shouting about to everyone.
Posted by Crooks on Books at 15:33