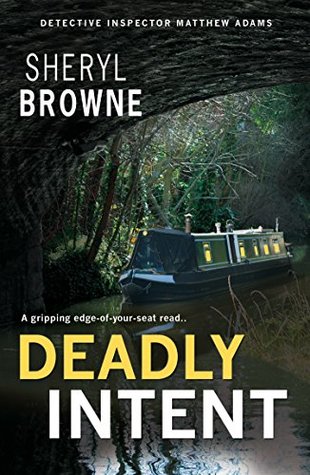 Series: A DI Matthew Adams Thriller – Book #3 (can be read as a standalone)
18+ (some violence and language)
About the book…
What if you and your family were at the mercy of a psychopath/a man with no conscience?
Just when DI Matthew Adams thinks he’s left the past behind him, it comes back to haunt him once again; this time in the form of the Conner family.
Like Matthew, the Conners have lost a child in tragic circumstances – and they’ve also found themselves in the hands of one of the most depraved criminals to walk the streets: ‘Dead-eyed’ Charlie Roberts, a drug addicted low-life with a penchant for extreme violence.
Matthew’s greatest affinity lies with Daniel Conner, the brooding father who still blames himself for his youngest child’s death. But when Daniel’s wife and daughter are tortured and tormented by Roberts, can Matthew prevent him from completely ruining his own life for an act of revenge particularly when, once upon a time, that’s exactly what Matthew would have done too?

Recommended to the publisher by the WH Smith Travel fiction buyer, Sheryl’s contemporary fiction comes to you from award winning Choc Lit.

My thoughts…
Before reading this book I hadn't previously read anything by Sheryl Browne so her switch to penning a thriller from romantic fiction had no impact on me.  But, I can imagine it may shock a few of her readers.  She looks like butter wouldn't melt yet she has just written an edgy dark novel that hits you straight between the ribs within the first few pages.

I held my breath, felt sick and cried whilst reading Deadly Intent - why? Because Sheryl painted the opening scenes so vividly I wanted good to overcome the bad and desperately cared about each member of the family - an achingly difficult book for me to read but one I couldn't put down.

A tragic accident sees them losing their youngest daughter and they go from being a happy connected family of four running their own business to three individuals each seemingly unable to function or take their rightful place alongside each other as part of a family.

The age old problems of communication and guilt is at the heart of their problems.  Jo and Dan avoid each other and can't communicate their feelings without it coming across as an attack on the others behaviour.  As a direct consequence their actions have a serious and detrimental effect on their teenage daughter.

As a female and mother of a 28yr old daughter I've 'done' the teenage years and lived through the angst and self confidence issues, wanting to fit in, appear older than a teenager and pushed the boundaries - safe in the knowledge that I as a mother or my parents when I was a teenager would let the boundaries be pushed and allow them to give a little safe in the knowledge that those very same boundaries were there to keep my daughter and myself safe.

Emotions ran deep for me whilst reading this book - I felt for each of the family in different ways but I particularly felt for Kayla and wanted to shake Daniel and Jo and make them see what was happening under their nose with their daughter. It has to be every families nightmare for their children to come into contact with drugs and the evil effects they have on life.

This book is all consuming, it will eat you and throw you back out but you won't be able to put it down until you find out whether a family at rock bottom can survive.
Posted by Crooks on Books at 07:00