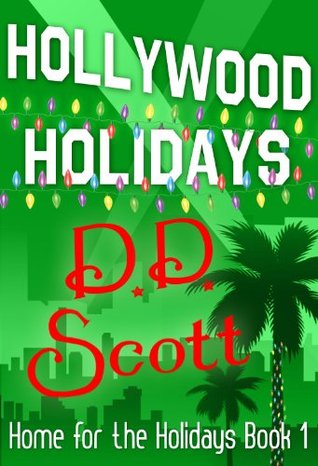 About the book…
Socialite Harper Cantwell wants more out of life than being Briar Creek, Tennessee’s philanthropic queen. Her husband Grant is a financial stud, but he’s also an emotional dud. Tired of being nothing more than his glorified event planner, she leaves him. Hoping to find herself in the creative excitement and sizzle of the holidays in Hollywood, she meets Jake Benton. One of Tinsel Town’s ultimate players, Jake doesn’t waste any time letting her know he’s interested—very interested. In spite of Jake’s hot advances, it’s Grant she can’t forget. But sacrificing herself for any man is no longer part of her party plan.
Ultra-conservative businessman Grant Cantwell III doesn’t completely understand why Harper left. He misses her terribly but is clueless how to get her back. He gets a real wake-up call when Harper’s best, gay friends tell him he’s an idiot for losing her. Under the tutelage of their company Chick Tricks Inc., Grant is soon on their fast track program, “How to Please a Woman.” But Grant needs more than just a few tricks. He must learn to open his heart instead of his wallet, before Madison gives up on him forever and runs into the open arms of Hollywood’s premier gigolo.

About the author…
D D Scott is an Amazon top 100 Bestselling Humour Author and a four-time Amazon Movers and Shakers List Author.  With 200,000 books sold around the globe, including 25 titles in five different genres and chart topping audio books too, she treats her readers to stories with loads of laughs and a bunch of heart. You can get all of the scoop on her and her books along with a whole bunch of other things on her website.

My thoughts…
I was given a copy of this book from Netgalley in exchange for an un-biased honest review. Never having read this author before I didn't know quite what to expect.  I love a xmasy read and having visited Hollywood I thought it would hit the spot.  It did with bells on!

The book begins with Harper writing a 'Dear John' note and agonising over where to leave it for maximum impact.  Having led a lavish lifestyle she finds herself renting a room in a guest house in LA not wanting to buy until she knows for sure Tinseltown is the place for her.

We very quickly learn the reasons for Harpers departure from Tennessee and so I was a little baffled as to why she immediately finds herself attached to the local good time musician Jake, another person who seems to use Harpers good nature for his own gains.

I had no strong feelings about Harper at first other than she seemed a little week and needy.  Opinions I had to change as the book unfolded.  As her character was revealed I felt wanted to both shake her and hug her at the same time.

I didn't like Jake from the very first meeting and sadly my opinion didn't change throughout the book.

However, Grant, Harper's wealthy husband was the real hero of the book for me.  He was genuinely baffled as to why Harper had left.  It was clear that he worshipped Harper and always put great thought into his gifts for her - generosity with money was never an issue. He gave her everything she could ever want or need except the one thing she craved the most - his personal attention. He really was oblivious to Harpers needs.

In LA Haper through talk with her new friends and an unexpected job offer finds herself gaining insight into what she wanted from life. Grant or Jake? - which one does she choose, or does she choose to go it alone? You'll have to read the book to find out.

In Tennessee Grant through help from two unexpected sources gets an insightful look into Harpers life married to him and the part he played in making her leave. From the very first meeting of Grant I rooted for him, wanting him to wise up quickly and see what impact his father had on the way he interacted with people in particular Harper.

This was a fantastic book which I highly recommend, it was lovely watching the true characters unfold - and the biggest lesson learnt was the importance of communication. Every chapter I kept saying to myself this would make a great film - I could clearly visualise watching the scenes played out on the big screen.  I'm crossing fingers this happens.